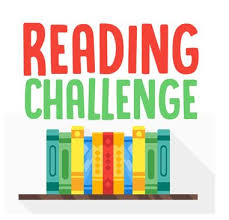 I have decided to accept the Classics Club Reading Challenge! This means that I have signed up to read and write on my blog about 50+ classic books in at most five years. As I read one book a month with you, so I will be able to read a total of 60 books in the next five years! Who will dare join me?

So here is my list of 60 novels, starting from this January 2019. I have decided to follow the pattern of one month, one genre. This is my personal challenge and does not exclude the possibility that I may also decide to read other classic novels with you in the future. I am always open to REQUESTS!

13. 1984 by George Orwell
14, Rebecca by Daphne du Maurier
15. Mrs Dalloway by Virginia Woolf
16. Emma by Jane Austen
17. Great Expectations by Charles Dickens
18. The Chronicles of Narnia by C.S. Lewis
19. Moby Dick by Herman Melville
20. Robinson Crusoe by Daniel Defoe
21. Murders in the Rue Morgue by Edgar Allan Poe
22. The Castle of Otranto by Horace Walpole
23. The Happy Prince by Oscar Wilde
24. The Adventures of the Blue Carbuncle by Sir Arthur Conan Doyle

25. Fahrenheit 451 by Ray Bradbury
26. Lady Chatterley's Lover by D.H. Lawrence
27. Middlemarch by George Eliot
28. Pride and Prejudice by Jane Austen
29. The Catcher in The Rye by J. D. Salinger
30. The Wind in the Willows by Kenneth Grahame
31. The Grapes of Wrath by John Steinbeck
32. On the Road by Jack Kerouac
33. Things as They Are; or The Adventures of Caleb Williams by William Godwin
34. Melmouth the Wanderer by Charles Robert Maturin
35. The Signal Man by Charles Dickens
36. The Adventures of the Christmas Pudding by Agatha Christie

37. The Iron Heel by Jack London
38. Far from the Madding Crowd by Thomas Hardy
39. Vanity Fair by William Makepeace Thackerey
40. Mansfield Park by Jane Austen
41. The Adventures of Tom Sawyer by Mark Twain
42. The Railway Children by Edith Nesbit
43. Uncle Tom's Cabin by Harriet Beecher Stowe
44. The Portrait of a Lady by Henry James
45. Bleak House by Charles Dickens
46. The Woman in White by Wilkie Collins
47. The Magic Shop by H.G. Wells
48. The Gift of the Magi by O. Henry

49. The Time Machine by H.G.Wells
50. Lorna Doone by R. D. Blackmore
51. The Age of Innocence by Edith Wharton
52. Northanger Abbey by Jane Austen
53. David Copperfield by Charles Dickens
54. Peter Pan by James Matthew Barrie
55. Gone with the Wind by Margaret Mitchell
56. Gulliver's Travels by Jonathan Swift
57. The Hollow Man by John Dickson Carr
58. The Mysteries of Udolfo by Ann Radcliffe
59. The Body Snatcher by Robert Louis Stevenson
60. The Cricket on the Hearth by Charles Dickens